The History of Lowell 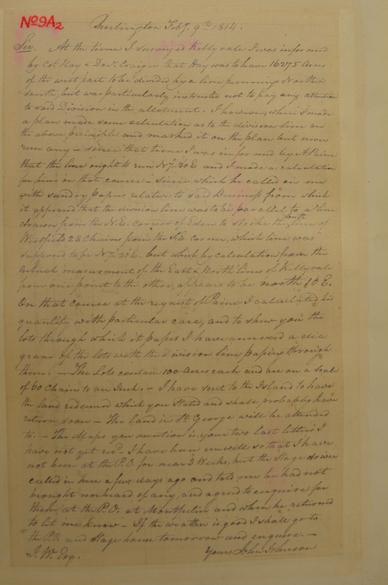 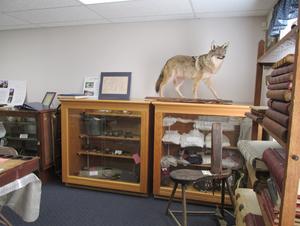 Covid has slowed us down a little this year because we do not think meeting in our small History Room a good idea yet. One thing we had planned on doing was to look thru photos we have on hand and decide which to include in the History of Lowell book. We also planned on having a call out to have us bring in old photos we might have in the family- photos of farms, houses, interior spaces, church functions and industry of years ago. Bethany could then photograph them with her high-resolution camera for the book. A good selection of photographs will be very important for our book. We will still do this when we are able to. In the meantime, we ask you to find old photographs we might use, to get them ready.

The book is coming along: it is in the final proof and editing stage. The final layout will not be done until we have the photos with their captions.

Your input is important so please comment!  Tell us what you have, post one if you wish! 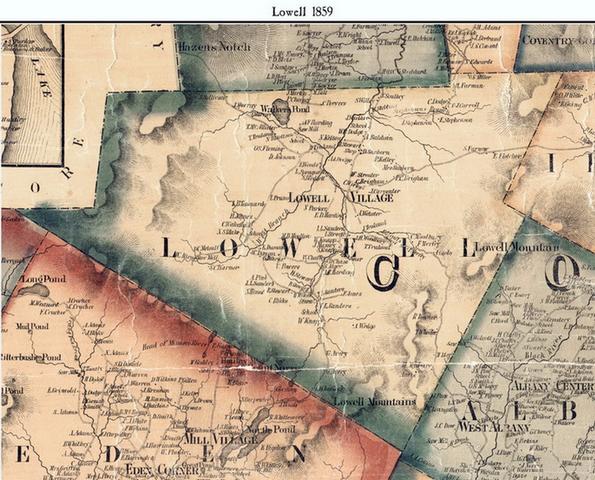 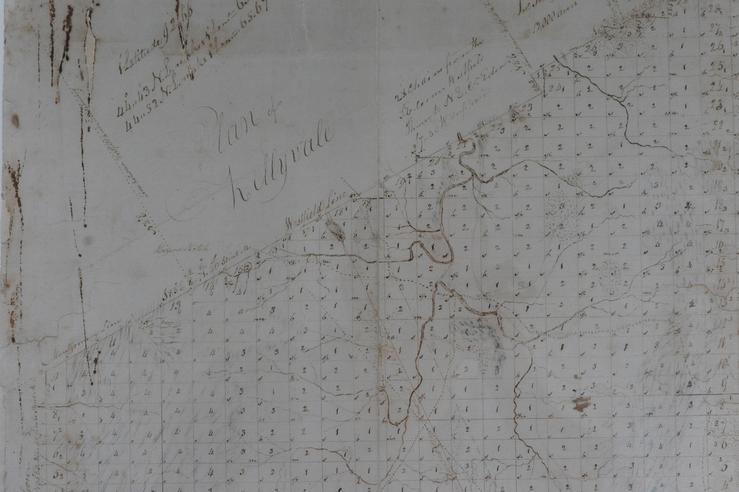 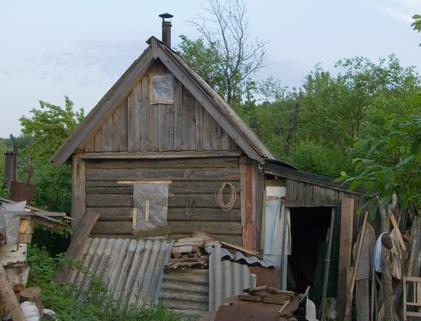 The History of Lowell

One hundred years ago, in June 1918, the United States had seen what was the first action in what we would eventually call World War I.
June 6:  The Battle of Belleau Wood, 5000 Americans killed.

June 9:  American & French troops held the Germans back as they tried to take Paris.
June 18: USS Von Steuben forced German submarine to retreat after it sunk a British ship.
Back home in Lowell VT, the June 12th Orleans Co. Monitor reported a daughter born to Mr. and Mrs. Sternie Pope.  George Brosseau had the misfortune to bruise one of his legs “so severely that he will be unable to work for three weeks”, and several Lowell residents attended the church anniversary in Westfield.
The war was feeling closer to home, however.  Seven new 21-year- old registrants from Lowell joined the list of 162 young men liable for military service, from Orleans County, and President Woodrow Wilson issued a proclamation about War Savings Stamps.  He urged “every man, woman and child” to buy War Savings Stamps, on or before June 28, 1918, as a “great volunteer army of production and saving here at home”.  Vermont Governor Horace F. Graham supported the proclamation and the next few weeks were devoted to “the Biggest Yet—War Savings Stamps Drive”.
To help pay for the costs of the war, U.S. Treasury Department issued War Savings Stamps (WSS).  The stamps cost 4.17 each and were interest earning, worth $5 by 1923.  The stamps were affixed to Certificates and the purchases were promoted as a patriotic duty and as a way to teach the importance of savings and thrift.
Local newspapers across the country sold and donated advertisements to encourage WSS sales.  The Orleans Co. Monitor dedicated much space to the WSS drive over the weeks to follow.  In the June 12, 1918 issue, Lowell, population 1086, had a total sale of 353.55 in WSS.  At only .33/capita, and with $20 per capita as the quota, there was “a lot of work to be done in the next two weeks”.
Lowell residents who read the Orleans County  Monitor in June 1918, were bombarded with advertisements sponsored by businesses all over the county, in order to give citizens at home a chance to support the war effort and the June 28th WSS goals.
In the June 19th issue, J.C. Turnbull Co. Ice Cream & Dairy Products of Orleans bought an ad showing a spiked boot coming down on a quaint looking village that appeared to be burning, and the words:  “WHICH?  War Savings Stamps or the Stamp of German Autocracy”.  Barton Savings Bank and Trust Co.’s ad showed a sketch of 3 women and a grandfatherly looking man smiling and holding their War Savings Certificates with: “Every Family a Family of Fighters!  That is the War-Time Spirit of True Blue Americans!”
Also in the June 19th issue, it was written that George Curtis of Lowell was the Town chairman in charge of raising and collecting Lowell’s quota of $21,720 worth of stamps:  “It is a war duty, and like the tasks of our soldiers, the civilians here at home are asked to perform certain tasks….through it is no actual sacrifice since a stamp costing 4.17 today will be worth $5 on January 1, 1923”.
The purchase of WSS might have been a sacrifice though, as $1 in 1918 is worth 17.99 in 2018. Therefore, as WSS at 4.17 would have cost a Lowell resident about $75 in 2018.
There was a Thrift Stamp Rally in Lowell the week of June 19, 1918.  Thrift Stamps were sold for  25 cents which allowed people to accumulate enough over time to purchase a WSS and may have been a more attractive and affordable option.  The Thrift Stamp Rally was held in the MWA Hall and promised “speakers and good music”.  Again, everyone was “expected and must to all in their power to win the war”.
By July 3, 1918, the WSS return numbers from the drive ending June 28th were not complete enough for the Orleans County Monitor to publicize, but all seven of the young men from Lowell who had registered for service in early June learned that they were in the top third of the list of 162 in Orleans County to be called up for service.
The July 17, 1918 issue of the Orleans County Monitor had the official numbers of the WSS Drive.  In actual cash sales, Lowell residents bought a total of 1,396.42 worth of War Savings Stamps at 1.29 per capita. It was a struggle for all towns in Vermont to meet the $20/capita quota, and most did not.  In fact, the national campaign set a goal to sell $2 billion in WSS, but they only covered about .93 billion.
In 2018, 100 years after the War Savings Stamp Drive, the stamps and certificates are still available for purchase on ebay, auctions and collectible websites.  It is interesting to think about the patriotic spirit of Lowell residents as they tried to do their patriotic duty to buy War Savings Stamps.
The newspapers I used for my paper came from a digitized version of the Orleans County Monitor on Chronicling America (an online catalog of the Library of Congress).  I also used "Vermont in the World War 1917-1919", edited by John T. Cushing and Arthur F. Stone, published by act of Vermont Legislature, 1919.

Whether you were born in Lowell and are interested in preserving town history for future generations or settled here more recently and want to learn more about the town and its history, you are welcome to come to our meetings and visit our History Room.
To be informed of the next Society meeting and to be sent notifications please send your name to samuelthurston.com Your name and/or e mail address will not be shared without permission.
We are happy to show anyone our History Room which contains many artifacts and records of Lowell.

You may call Carolyn Arel at 802-673-7068 or Daphne Dolan-Christiansen at 802-744-6226 to schedule an appointment.
Also of interest for research is the Betty Kelley file cabinet which holds genealogical and historical information on a great many of the people who were born in Lowell. This file may be reviewed during Town Clerk hours (Monday, Tuesday, and Thursday, 9 to 5 pm). No appointment needed.
If you have historical material, you think may be of interest to us we would be happy to look! It could be photographed for our records, or it could be donated to us. We are interested in old photographs, diaries, family records, artifacts etc. 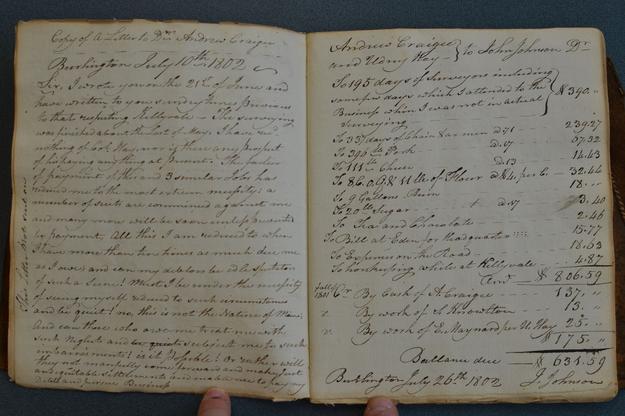 Governor Thomas Chittenden to John Kelley, Esq., of New York, from whom it was named Kelleyvale.

East of Washington   (10 miles southwest from Irasburg).
The Warren  Road  was the first County  Road,  built  in  1828, running northeast through town from Burlington to Derby, passing through Lowell, north and south through Eden, and was the only mail route (now Route #100). Soon after the mountain road to Irasburg was built, but not traveled much in winter as it was too rough and steep.

FIRST: Settlement commenced by Major Caldwell from Barre, Massachusetts in 1803 and he moved his family here in April, 1806. In 1807 John Harding came to town, drawing with the assistance of four others his family and goods on three hand sleds. He settled on what is now the Philip Geoffroy farm. It is believed.

FIRST: TOWN MEETING: On March 12, 1812, a petition signed by nine of the inhabitants of Lowell was tendered to Meda Hitchcock requesting him to warn the people of a meeting for the purpose of organizing the town. The meeting was held March 31, 1812, at the home of Asabel Curtis.

On Nov. 3, 1927 a heavy downpour of rain occurred, which citizens will not forget.  The Missisquoi River rose so the "flat" resembled a lake. Great gullies were made in roads and many bridges were washed away, including the two at the entrances of the village, and numerous ones on the back roads. The sawmill went down in the torrent of angry water and was never rebuilt. The dam at the sawmill site was destroyed at this time. There had been a dam in the village by the bridge and another by the old grist mill. These furnished power for the mills.

In the fall of 1938 a severe ''hurricane'' storm paid a visit to Lowell. Roofs were blown off, buildings and trees were uprooted, and the surroundings were a sorry sight indeed when the storm finally spent itself.

On May 6, 1939 the R.E.A. line was energized, bringing electricity to Lowell, the results of a vision that has made our present standard of living possible.

William Edward Dodge, General Attorney of the Great Northern Railroad was born in Lowell, May 11, 1857.

Born on April 17, 1853 in Lowell, John Curtis Caldwell, Colonel, Brigadier General, and Major General in the Civil War, was minister to Uruguay and Paraguay in 1873-1882.

The man about whom "The Grandfather's Clock" was written was born, lived, and died in Lowell. His name was Works, "Old Daddy Works,'' he was called. It was said that the clock really did stop when he died, and it never ran again.

ASBESTOS was discovered in Lowell in 1824, but little was done to mine it at first. It takes about 15 tons of rock to make a ton of asbestos fiber. This fiber was used in different building materials such shingles, siding, roofing and many other industrial uses.

Eventually the mine was utilized to its full potential and Lowell supplied 96 % of all asbestos produced in this country, and that is but a small percent of the asbestos actually used in the country. This was a huge open-face mine or quarry with no underground operation. Around the clock operation required a working force of 240 to 300 men.

After years of successful operation of the mines the health hazards of asbestos were discovered and the mine was scheduled to be closed.  The mine operated from the early 1900’s until it closed its doors in 1993.  The mine still sits in the Town of Lowell abandoned and discussion has been had as to how or what can be done to ensure asbestos is not air born harming the residents of the town.  The Zoning board will continue to work with the Department of Health to ensure no one is harmed by the abandoned mine pits.